I had the implant inserted on April 15th 2019, meaning I’ve had it for just over a year. Previously I was on the combined pill and I decided to try something new after being on pill for 15 months. Now that I’ve been on the implant for a year I thought I would do a post on how I’ve found it and the pros and cons.

Please note this is based on my experience only and every one is different. What works/doesn’t work for me will work differently for everyone. For more information read my full disclaimer here.

Something I don’t think I’ve mentioned on this blog before is how scared I am of needles (although weirdly enough, piercings don’t bother me at all). In school I always cried before having jabs and the last blood test I had I freaked out and cried a lot beforehand. So one thing that was putting me off getting the implant was the actual insertation, but I decided to just go ahead and do it because so many people had told me it would be fine. My bestfriend came along to the clinic with me (thanks Millie) because no way would I be able to do it alone!

The nurse was so lovely and spoke me through everything, and for me the anticipation was worse than the actual procedure. First of all she sprayed a cold spray on my arm which numbed it, and then she simple inserted it with a tool that looked like a pen. She calmed me down so much (I honestly thought I was going to faint beforehand) and it was over with so quickly!

My arm slightly bruised but nothing major – although everyone reacts differently.

The effect on my body

Before I got the implant the lady at the clinic warned me of the possible side affects regarding my periods. She said one of three things would happen: either I would have no periods, constant periods (I had also spoken to a few people who had experienced a constant period for three months) or very irregular periods. I’m glad I was made aware of the possible side effects.

When I first got the implant inserted my periods were very irregular – as in, I had one or two in the first 6 months, and when I did have them they were really light – and then other than that I’ve had the odd spotting but nothing to really take too much notice of. This means I now haven’t had a period in months (I can’t remember how long exactly), which is a good and a bad thing for me.

It’s good because I don’t get the pain (I get slight cramps every so often but nothing major) – years ago my period pains would be so bad I’d cry, so obviously it’s great that I don’t experience the pain anymore. However, having no periods makes me feel less in tune with my body. For example, sometimes I’ll be feeling down, my skin will get worse and I’ll be super bloated. If I was on my period I’d know it could be due to that, but now that I have no periods everything just feels very random. I’m not sure if that makes any sense, but I like having periods because I know when my hormones will be up and down.

Of course there aren’t any contraceptions that are 100% effective, however the implant is over 99% effective which is the main reason I got it. When I was on the pill I sometimes took it late which made it less effective and I was constantly nervous about it failing, however with the implant I know that the chances of me getting pregnant are very slim. I also don’t have to remember to take a pill everyday!

I’ve always suffered with acne but when I went on the pill my skin cleared up almost completely. I got the implant last April and by September my skin had flared up again, and it’s only getting worse. Obviously this might not be just down to the implant, there could be other factors (stress, diet etc) however I do think that the implant is at least partly to blame. My confidence has taken a real hit because of my skin which is so frustrating because I had just got it under control.

My mood swings can be horrendous, and whilst there are varying factors that could trigger these, I’m sure the hormones from the implant are a main cause. My mood swings not only affect me but also the people around me, so this is a huge downside of having the implant.

If anyone has any experiences with different contraceptions I’d love to hear them! I think it’s so important to try out different options. 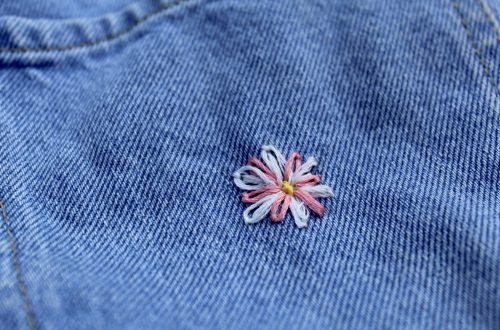 What I’ve Been Watching & Listening To Recently #5 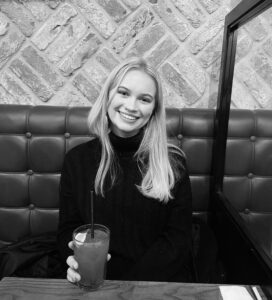